Menu
School will be closed to pupils on Friday 10 February as it is a teacher training day. We wish you all a great half term and look forward to seeing you back on Monday 20 February.
A
B

An introduction to Philippa and Pythagoras

We would like to introduce you to our two maths bears, Philippa and Pythagoras.  They are named after the famous mathematicians, Philippa Garrett Fawcett and Pythagoras of Samos.  You can learn more about them on this page. 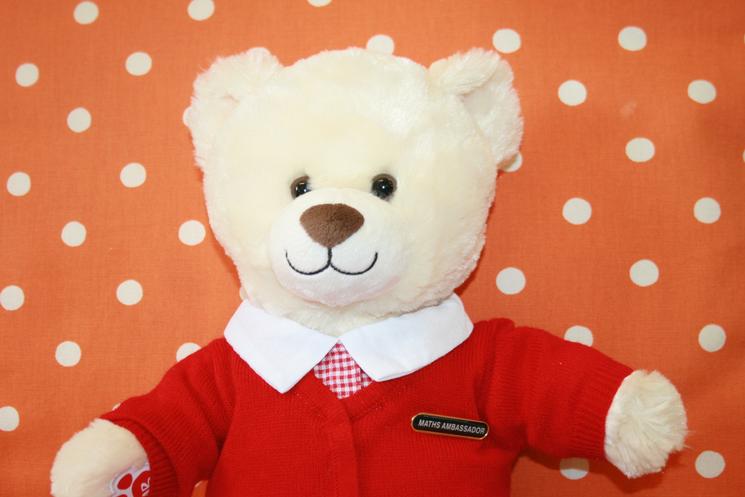 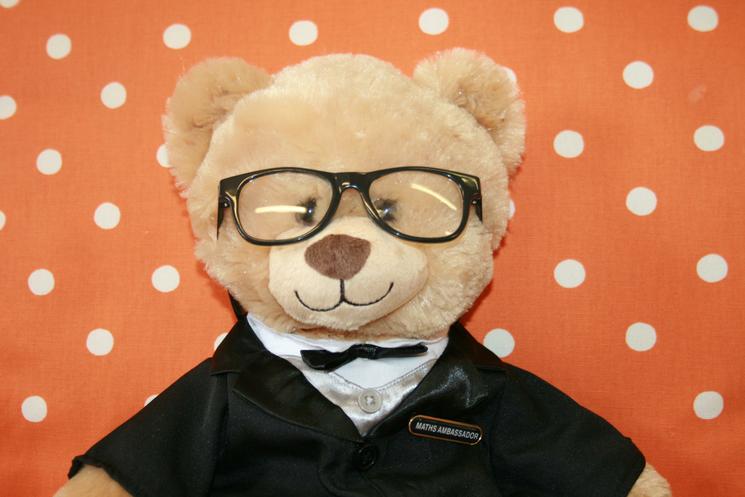 Philippa and Pythagoras will go home with staff or pupils over weekends.  If Philippa or Pythagoras go home with you, you will need to take a photo of them doing something mathematical and write a few sentences about what they are up to.  Please email your photo and sentences to whitehalljun@hgfl.org.uk  We will then keep a record on this page of their activities.  Be as creative as you like and try to think about maths in the wider world.  Do take good care of them, they like to be well looked after and given plenty of attention.

Philippa Garrett Fawcett was born on 4 April 1868 in Cambridge.  By the age of 15, her parents had noticed that she was showing such talent in mathematics that they employed a maths tutor.  Philippa started to attend mathematics lectures at Bedford College and at University College, London.  She did so well that she was awarded a scholarship to Cambridge University.

At Cambridge, Philippa came top in her mathematics exams - above all male students - a fact that at the time many people couldn't believe!  A party was held to celebrate.  Philippa went on to train other mathematics teachers.

Philippa was the niece of Elizabeth Garrett Anderson, a pioneer of the role of women in medicine. Her mother, Millicent, was a suffragette.  This means that she campaigned for women to be allowed to vote in elections.  She also believed that women should have a right to a university education and helped to established Newnham College, Cambridge in 1871.  This was the college that her daughter, Philippa, later attended. 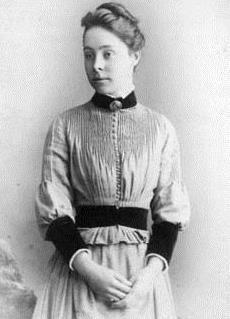 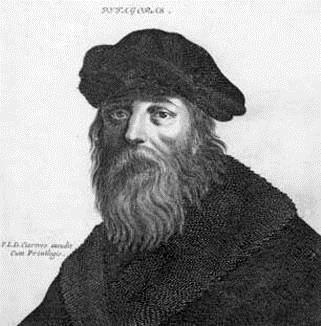 Born on a Greek island, Pythagoras was an extremely important figure in the development of mathematics.  We do not know everything about his work because none of his writing survives and he often worked in secret. Pythagoras was especially interested in triangles.  It is said that he discovered that if you measure the two shortest lengths of a right angled triangle, square them (that means multiply them by themselves) and add them, then they would equal the square of the longest length (although some believe that the Ancient Babylonians already knew this 1000 years earlier!).

Pythagoras thought that 10 was the very best number because it contained the first four integers (1 + 2 + 3 + 4 =10).  He was also a great musician and used music to help those who were unwell feel better.  Pythagoras set up a philosophical and religious school in Croton (Southern Italy) that had many followers.  His followers were known as mathematikoi.

What mathematical adventures have Pythagoras and Phillipa been on with our pupils and staff recently?

Spelling homework, commanding a group of soldiers with different mental strategies, socialising with friends and spectating at a football match took up the majority of Pythagoras' time this weekend. He did inform the children that he attempted to referee but counting the amount of goals scored was a much easier task for him. Fortunately one team won and I think we can tell by the smile on Datis’ face who that was!

Pythagoras challenged Hasan this weekend on Mathletics to ensure he was ready for his upcoming Maths lessons. Fortunately, Hasan was ready as he was put through a rewarding but tought time. He didn’t quite realise how intelligent Pythagoras was when it came to his mathematical knowledge! 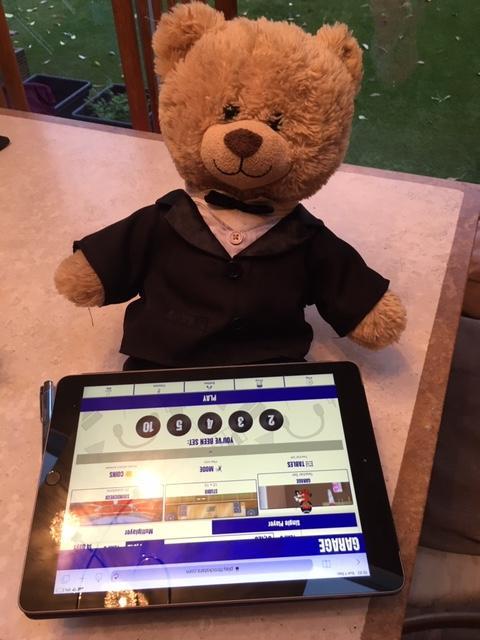 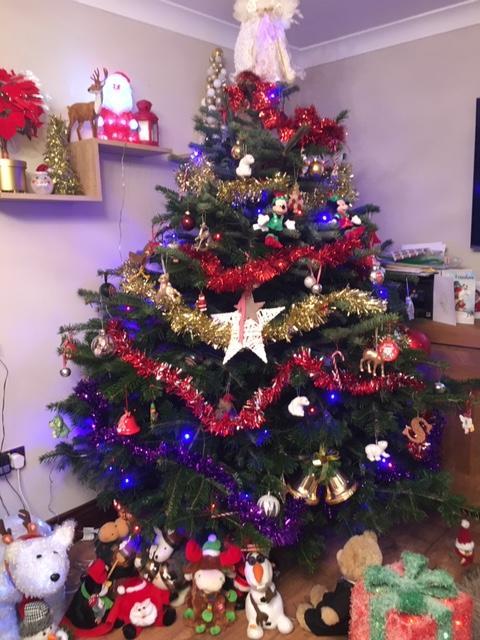 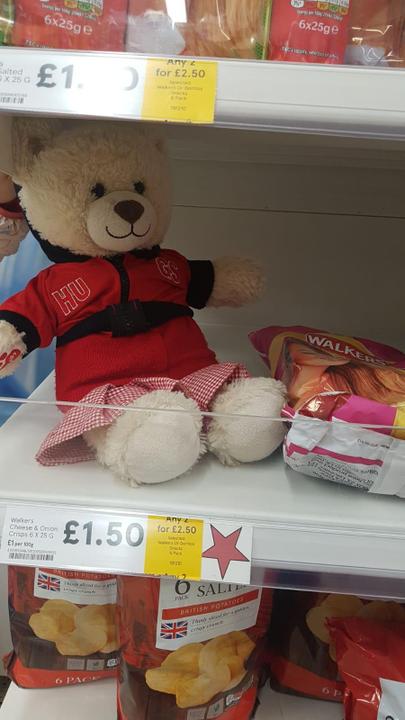 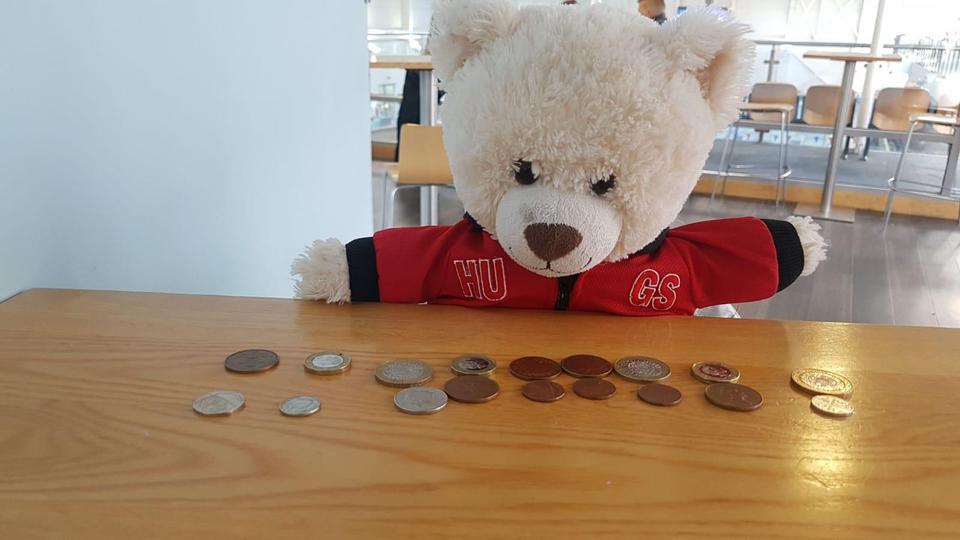 Phillipa spent the weekend with Alisha counting up and down in 2s using coins to prepare her for shopping at the supermarket. This helped her with identifying what items would be cheaper than others. It was a cold weekend so Alisha seemed to have provided her with some alternative clothing to keep her warm!

Philippa went home with Mrs Chipping who is having a new patio laid in her garden.  The patio area is 5.6m x 4m.  Each patio slab is 40cm x 40cm.  Philippa saw Mrs Chipping calculate that she would need 140 slabs to cover the area.

Philippa helped Mr Mitchell make pancakes for breakfast. In order for the recipe to be a success Philippa helped measure the ingredients correctly using a measuring jug and weighing scales. Philippa also spotted that Mr Mitchell had to convert the measurements from imperial to metric.

Pythagoras helped Mrs Upfield to make a shirt dress.  He learnt how 2D patterns are used to create 3D garments.  The pieces he was working with here will be shaped to make a collar.  Different parts of the dress will require different seam allowances (given in both metric and imperial measurements) so Mrs Upfield had to keep her eye on the pattern instructions and will need to adjust the collar to get the perfect fit! 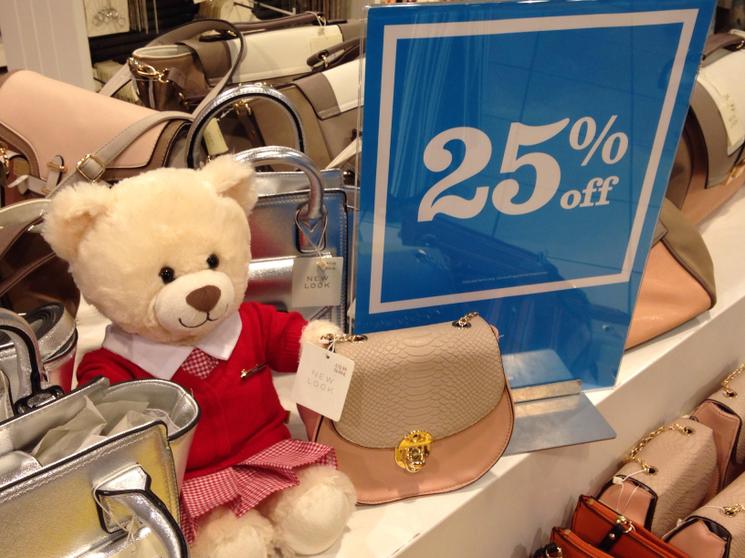 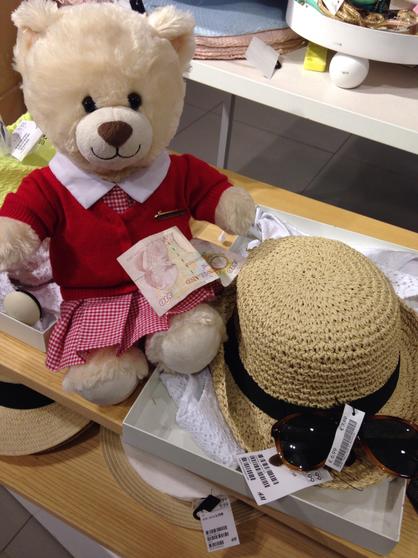 During a shopping trip with Mrs Dowlut, Phillipa helped calculate the total cost of a holiday hat, a handbag and a pair of sunglasses. The total had reached £21 but luckily Phillipa had spotted there was a 25% discount off all items! She helped Mrs Dowlut calculate the new cost before they paid.

Philippa and Pythagoras helped out at Sports Day.  Philippa used a tally chart to keep track of shuttle runs.  She used her number skills to work out which team won the shield.  Pythagoras measured distances jumped and used his knowledge of capacity on the 'fill the bottle' event.  Many sports (if not all) require mathematics for their organisation and scoring systems.  Why don't you watch some Wimbledon this evening and see how mathematics plays a large part in tennis? 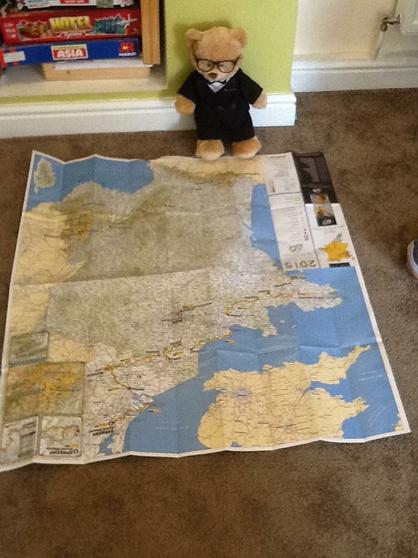 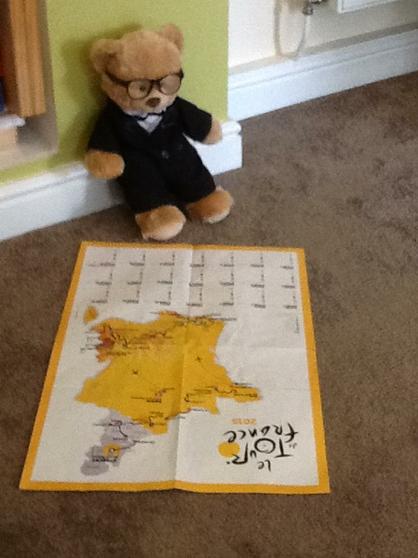 Mrs Huse is off to the Tour de France this weekend.  Pythagoras has been exploring the map of the route the cyclists will take.  Grid references on maps work like coordinates to locate specific places. 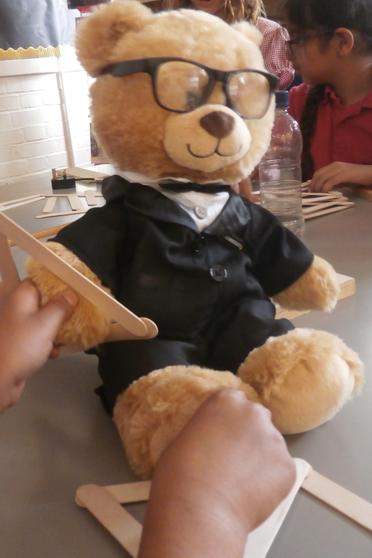 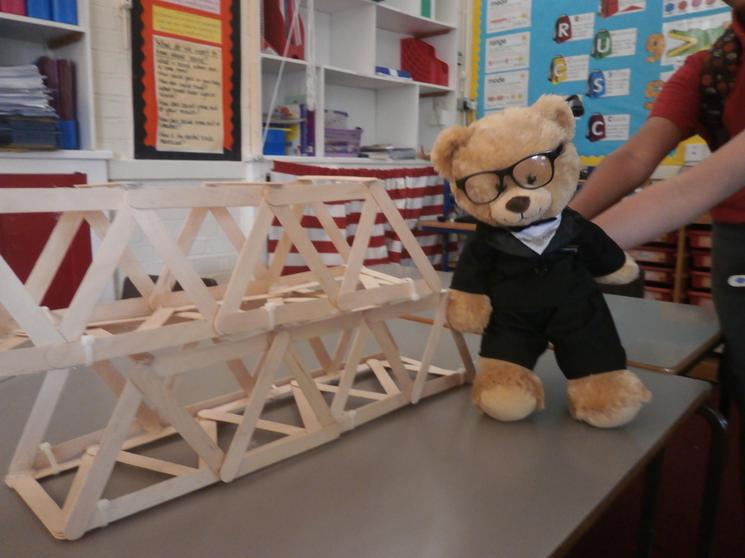 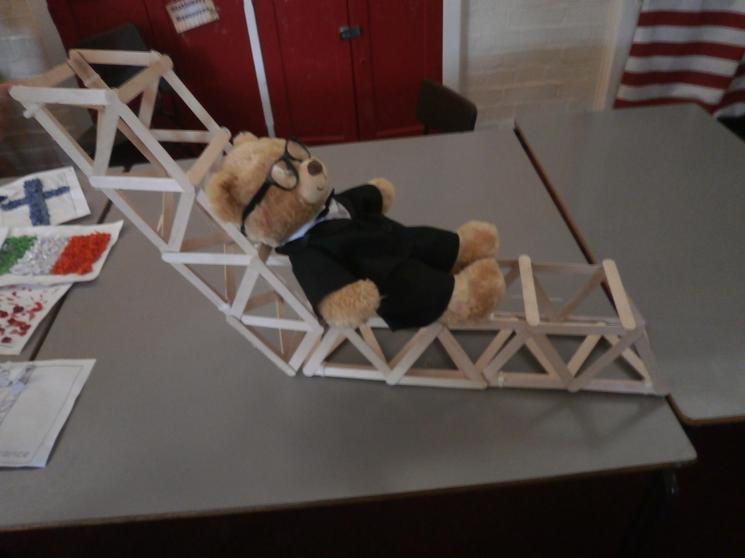 Pythagoras visited Construction Club to keep a watchful eye on the children's construction of structures.  They explored the maths involved in ensuring that their structures were as strong as possible.

Unfortunately not the ones with chocolate chips.

Some cookies are necessary in order to make this website function correctly. These are set by default and whilst you can block or delete them by changing your browser settings, some functionality such as being able to log in to the website will not work if you do this. The necessary cookies set on this website are as follows:

Cookies that are not necessary to make the website work, but which enable additional functionality, can also be set. By default these cookies are disabled, but you can choose to enable them below: